I was thiiiis close to entitling this post, “The Great Light Switch-Out” or “Switching Up our Lights,” but I decided to spare you of my clever puns. This past weekend was President’s Day and with the extra day off we were able to start work on the second bathroom and update some lighting around the house. So let’s start today with a photo of my new favorite view: 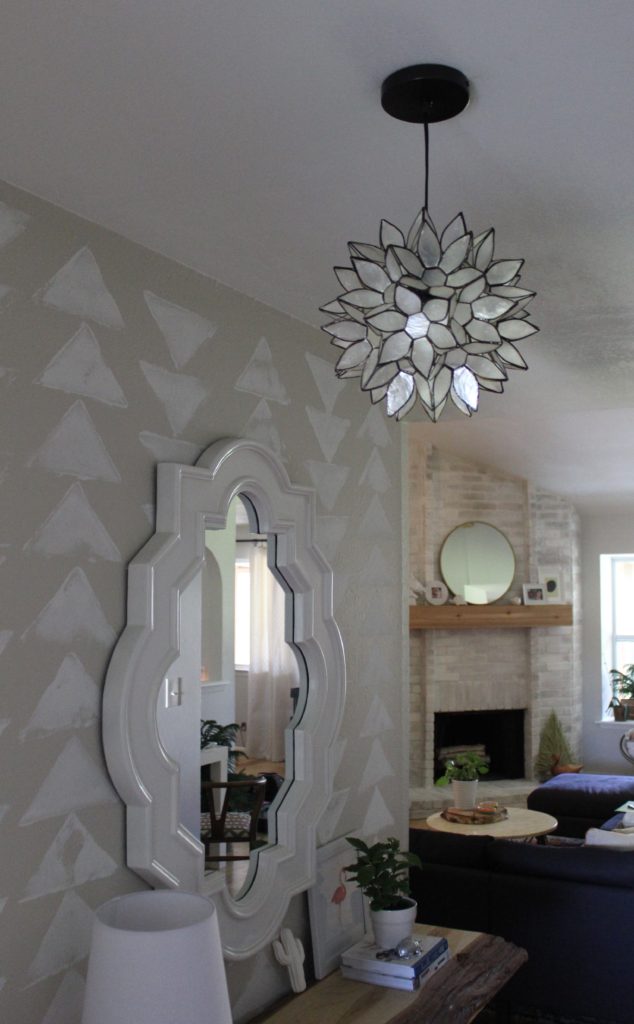 Since we moved in and got busy scraping our popcorn ceilings, we took down all of the existing overhead lighting (boob lights galore). Nearly every room was left with the remnants of this problem that I have been conveniently cropping out of all house photos. 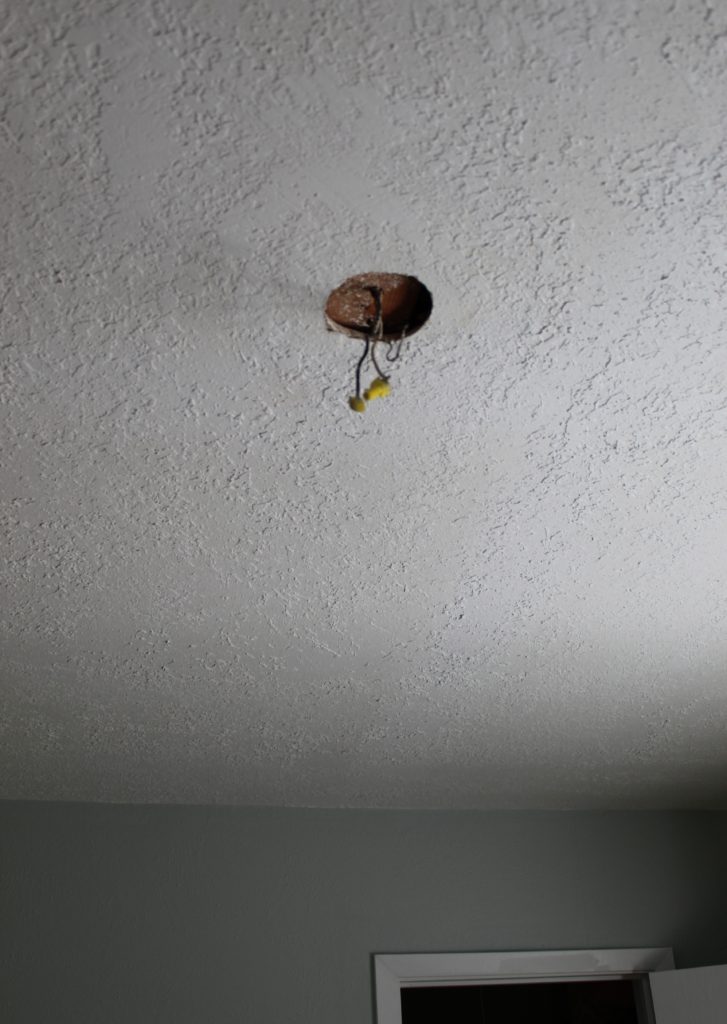 I felt a little stumped about what to pick since we would essentially be choosing lighting for the entire house. If I made the wrong choice, it would be on such a large scale that I was scared to pull the proverbial trigger. I liked this light and when it finally went on sale, Nate convinced me to order them up. So order we did, and when they arrived, we were impressed with the quality and the size. The only worry that we had about these guys was that they wouldn’t be big enough and look skimpy or cheap. However, they look lovely and really compliment the black door hardware. 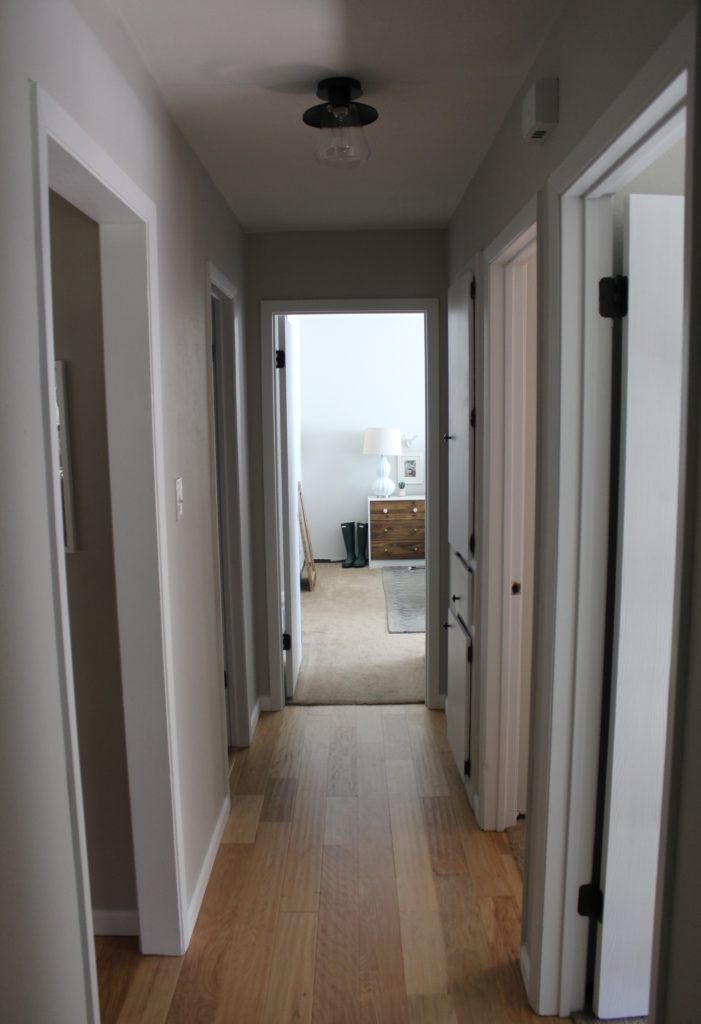 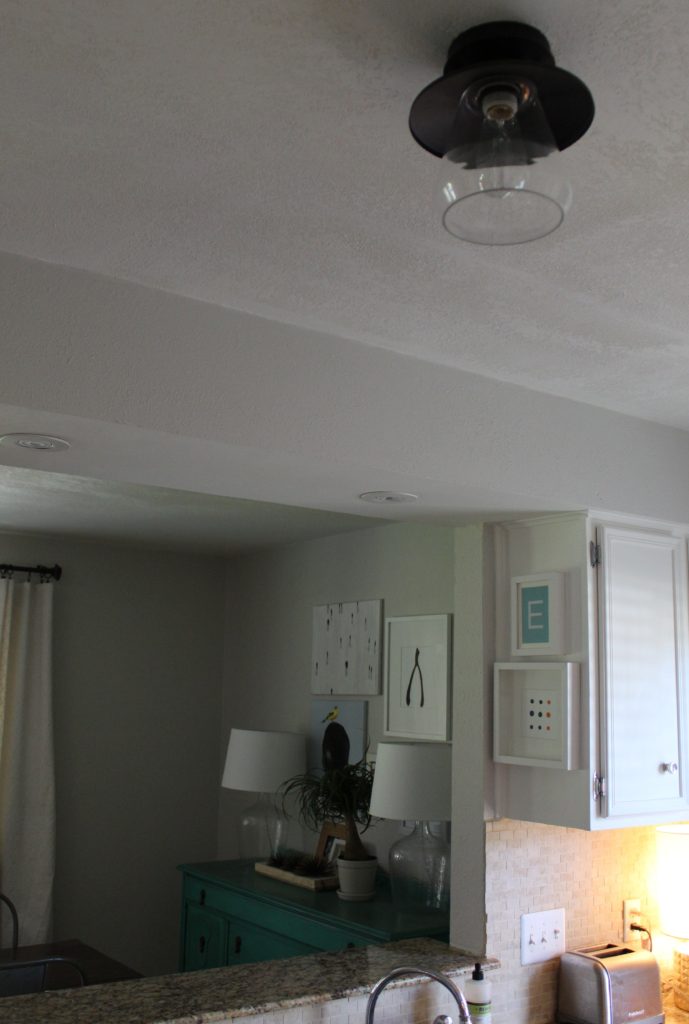 Since we were on a lighting roll, I decided that I was going to play a sort of musical chairs with some lighting choices that we previously made. When we moved in, the dining room looked like this: 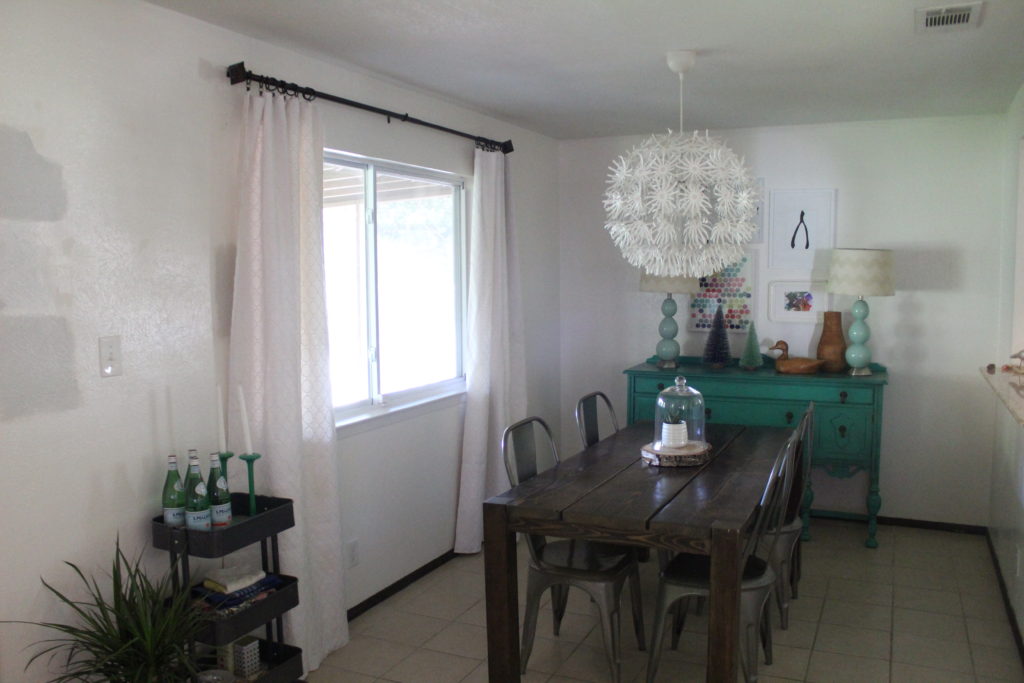 Then, I found a cool fixture on sale and the space was transformed to this: 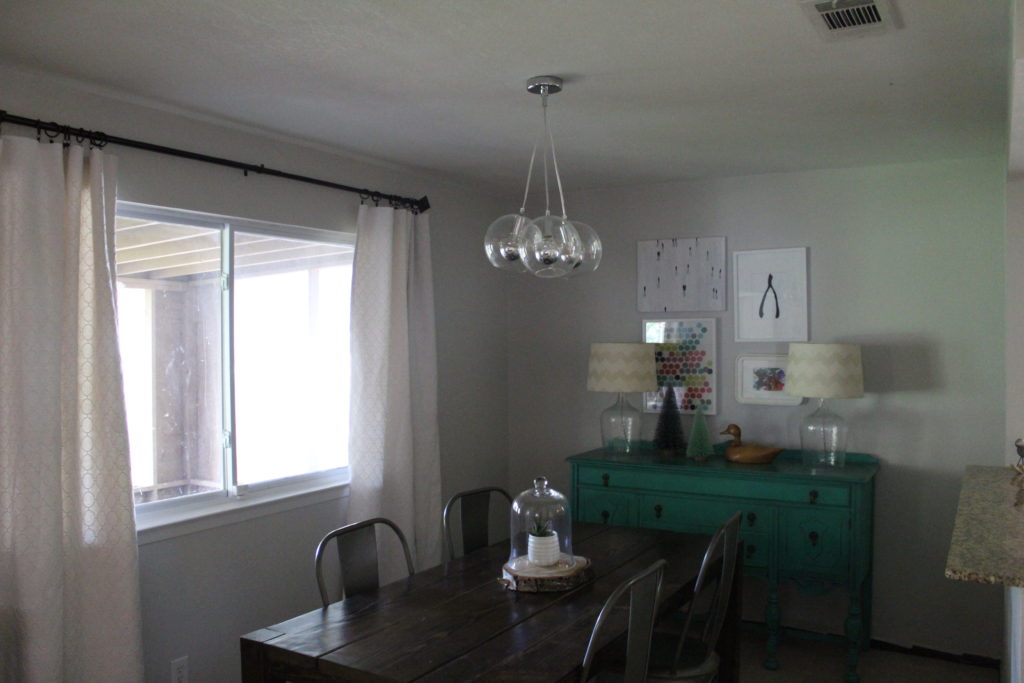 I like this fixture very much but after a while I started feeling like it wasn’t really “us.” Maybe it was too small for the dining room? Maybe it felt a little “fancy” for our house? Still not sure but when I saw this light, I knew we had to make another change. Nate was not exactly thrilled to be changing our dining room light again but I have assured him that this new light is here to stay. 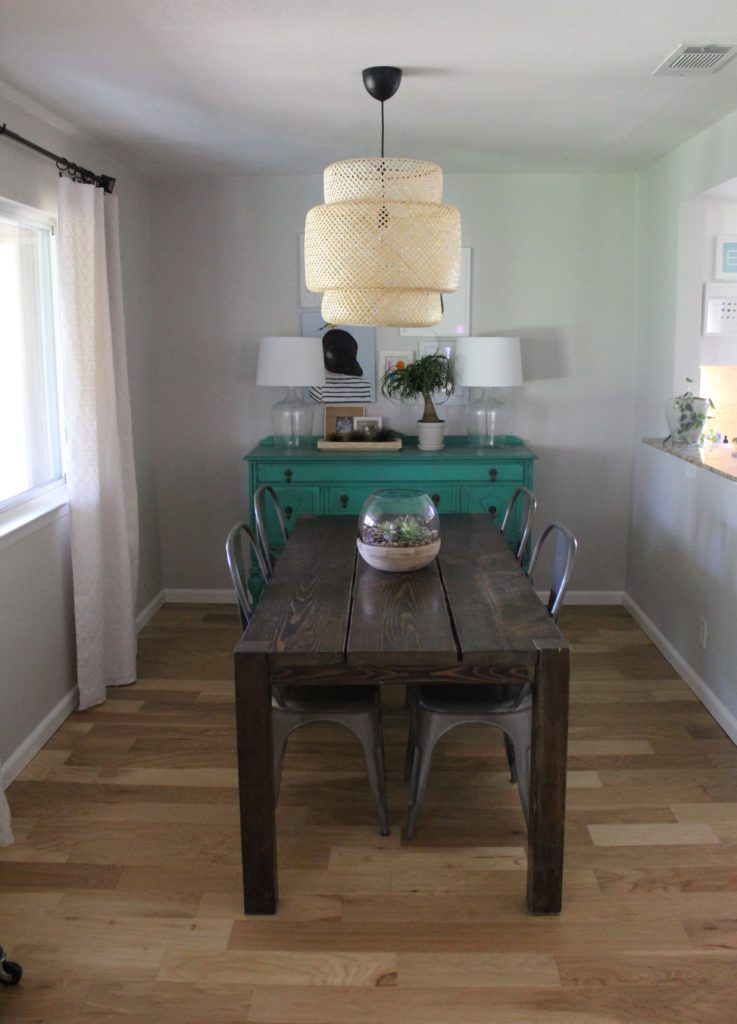 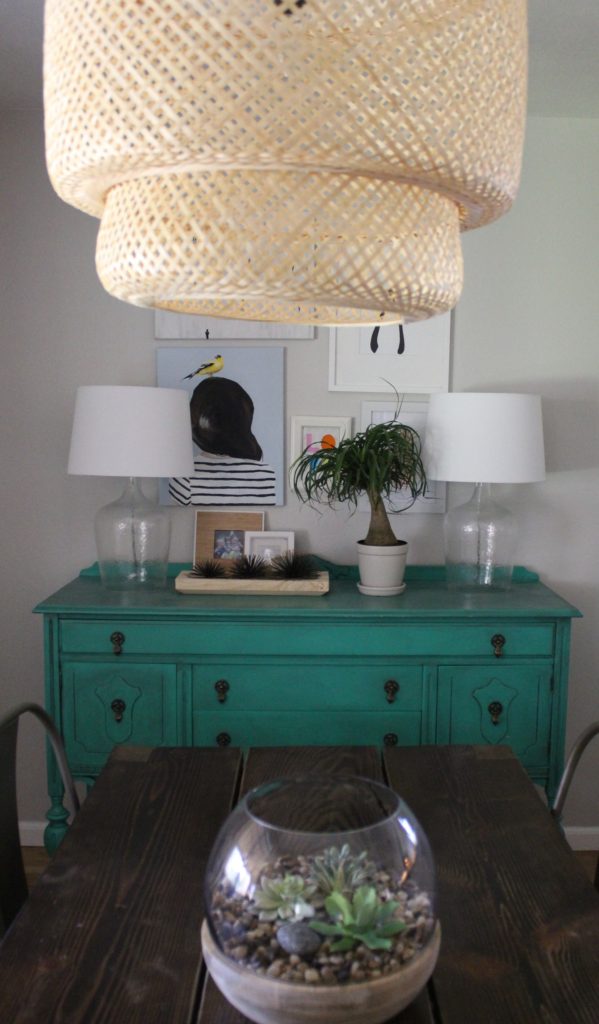 It feels just the right size for the dining room and with the natural bamboo, it feels warm and adds some texture. I don’t have a rug in our dining room because my OCD doesn’t afford me such a luxury with our kids eating there on a daily basis. The number of gold fish crackers, crumbs and spaghetti noodles that I sweep/clean off our wood floors is crazy.

But I didn’t stop there. The entry lighting situation went from this (sorry about the dark photo): 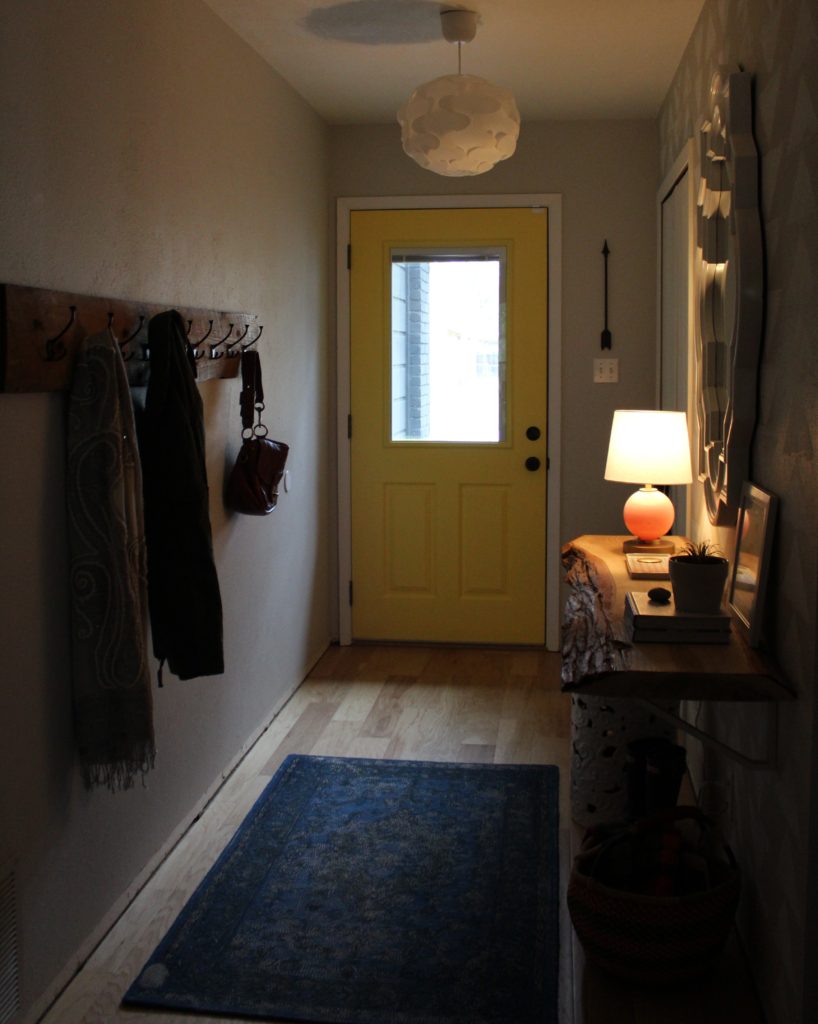 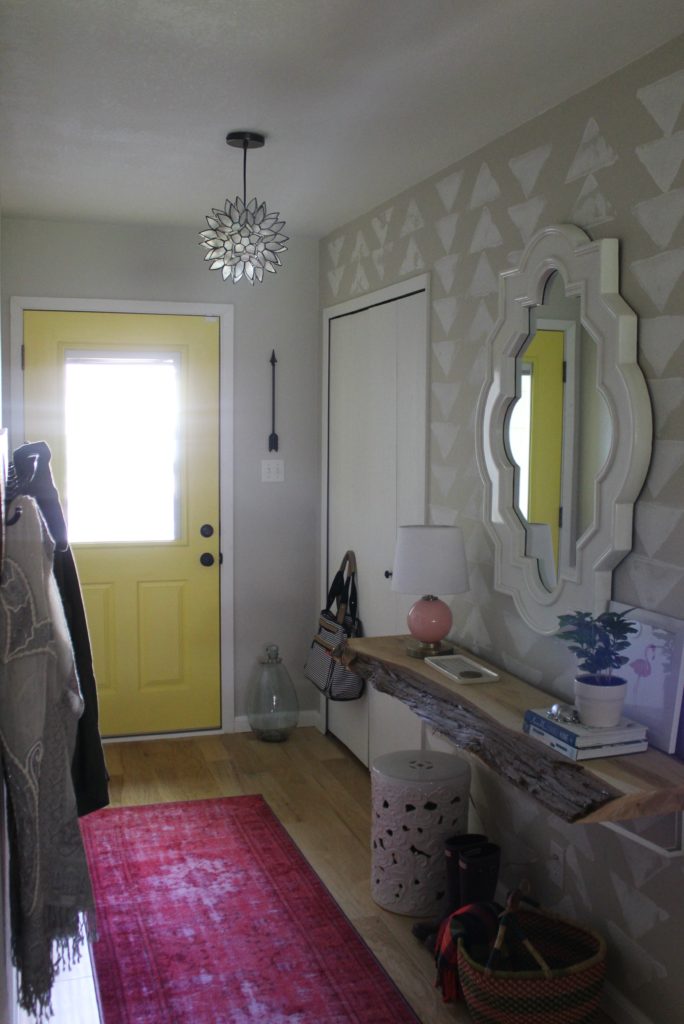 I can officially put a fork in it and call the entryway finished. It’s one of the smallest spaces in the house but I am still calling this a victory. It’s funny how many revisions a space has before it starts to feel right and I can move on to something else. Sometimes it’s hard to put your finger on what’s working and what isn’t.

The pendant that lived in the entryway has now found a new home in the master bedroom. Told ya this was musical chairs for lights. 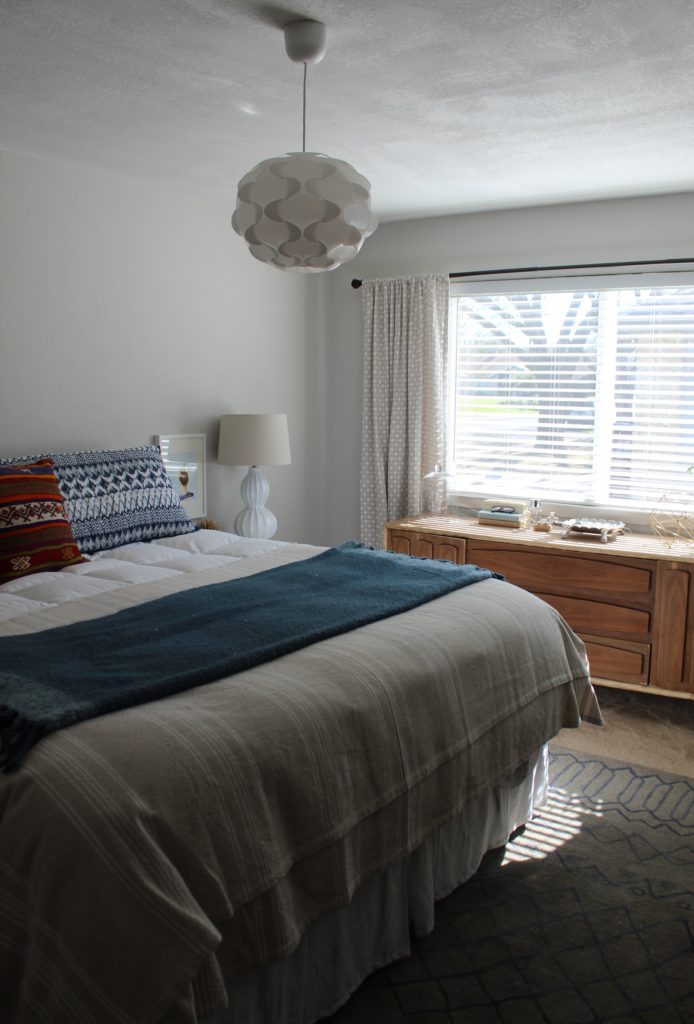 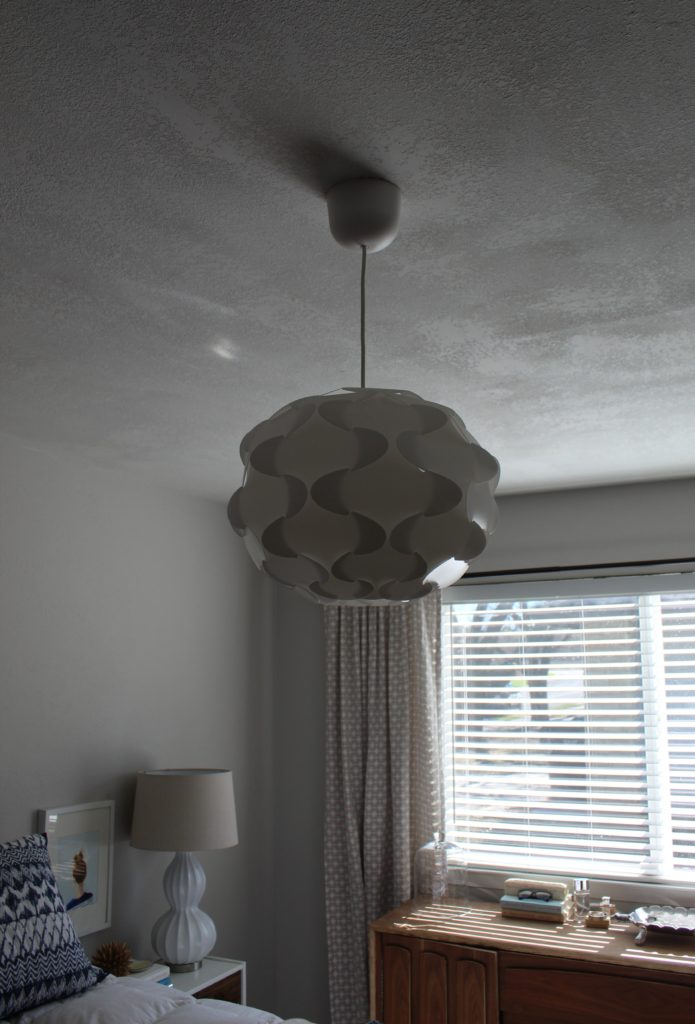 So that’s the jist of what we have been working on around the house. I am down to just a few final touches in the bathroom and we are just waiting on a sconce to arrive (I know, I know. More lighting?). I will update the blog accordingly as soon as that comes. As a little bonus, I have some photos to share of Urban. He is already three months and has been busy terrorizing me all night and looking adorable all the time. Look at that bald head…it smells as good as it looks. 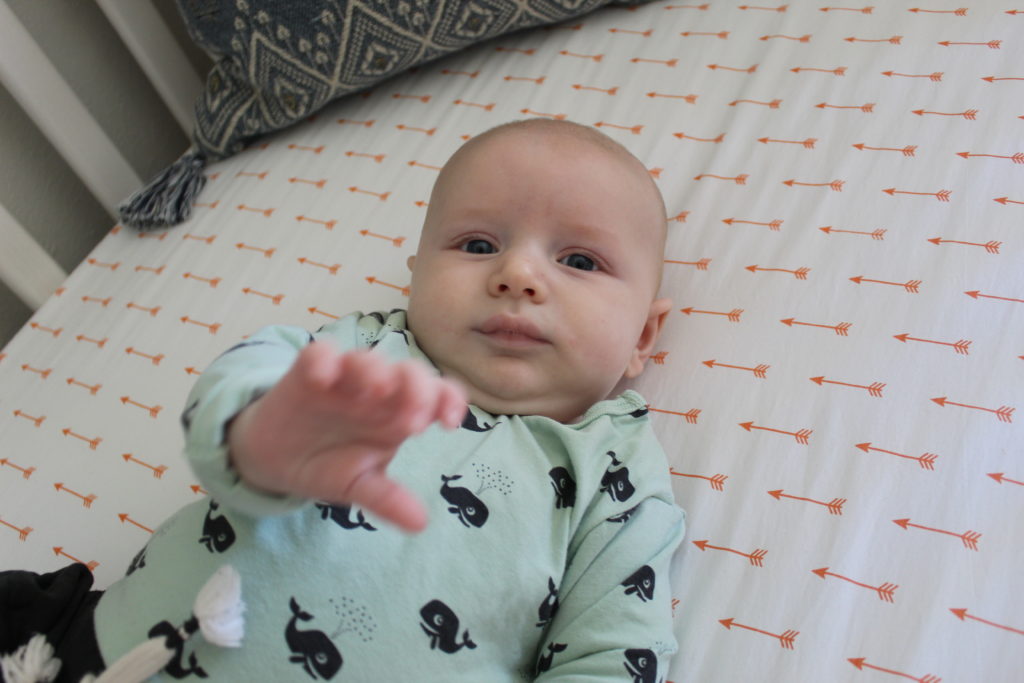 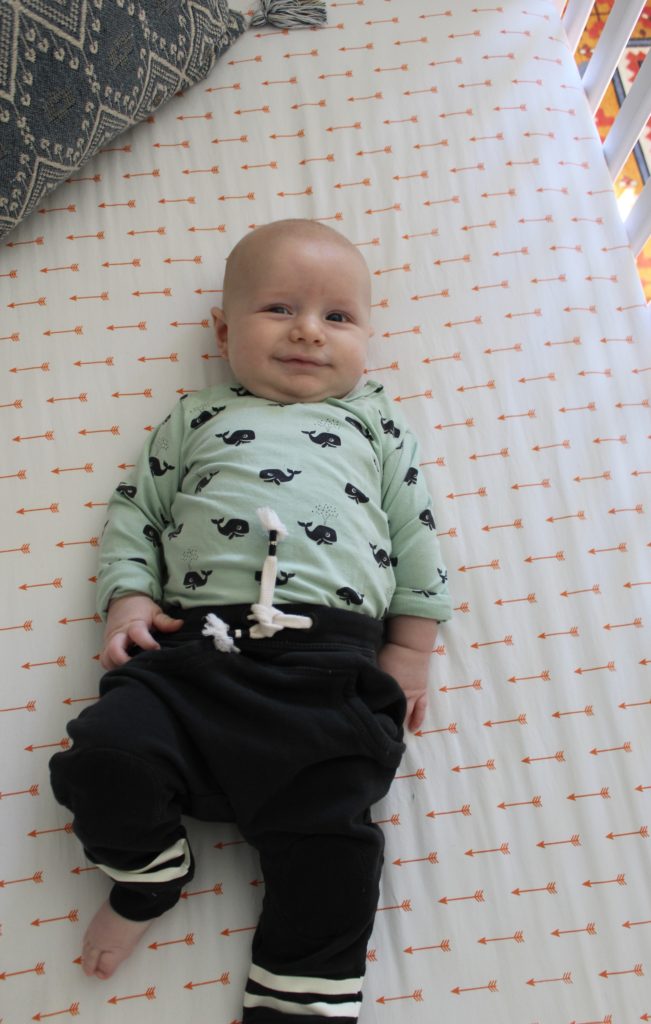